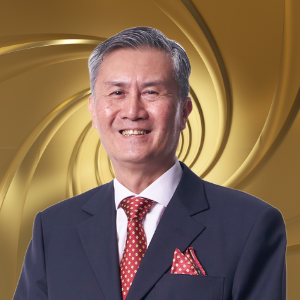 Chairman of REHDA Institute & Board of Trustees

• Panel member of the Appeal Board under the Federal Territory (Planning) Act 1982.

Prior to joining Sunway REIT Management Sdn Bhd, he was the Executive Director of SunwayCity Berhad (currently known as Sunway Berhad) and former Managing Director of AP Land Berhad. Dato’ Jeffrey has more than 30 years of extensive experience in finance, corporate planning and executive management in the property and hotel industry in both Malaysia and Australia.

Graduated with a Bachelor of Economics from Monash University in Melbourne, he is a member of the Malaysian Institute of Certified Public Accountants, a Fellow member of the Institute of Chartered Accountants, Australia and New Zealand as well as a Fellow member of the Malaysian Institute of Directors. He has held various positions in non-governmental associations, among which was Director of Construction Industry Development Board (CIDB), Vice President and Secretary General of FIABCI Malaysian Chapter (International Real Estate Federation), Vice President of Malaysian Association of Hotel Owners (MAHO), Chapter Chairman of Young Presidents Organisations (YPO) Malaysian Chapter and Vice Chairman of Malaysia Australia Business Council (MABC). Dato’ Jeffrey was awarded “Real Estate and Housing Developers Association (REHDA) Personality of the year 2015” for his contribution to the real estate industry. He was also accorded the “Entrepreneur of the Year” by Malaysia Australia Business Council in 2003.