Dr. Mahadi Mohamad (Mahadi) completed his PhD in Crisis Management from Management and Science University, Malaysia. He obtained his Bachelor and Masters Degree in Industrial Management Engineering from Fachhochschule (University of Applied Sciences) Braunschweig, Germany. He is an Alumni of the Konrad Adenauer Foundation, a leading political foundation in Germany. Currently, Mahadi is pursuing his MBA at EU Business School.

From 2009 to 2012, Mahadi was appointed as the Special Officer to the Prime Minister of Malaysia. In this capacity, Mahadi has gained much sought after experience of working for the Government of Malaysia. Mahadi was also tasked to liaise and coordinate with various Ministries, Government Agencies in areas of improving educational access, poverty eradication, inclusive globalization and environmental sustainability. Besides the above, Mahadi also manages the affairs of the Policy and Research Division at the Prime Minister’s Office.

From 2013 to 2016, Dr. Mahadi was appointed as the General Manager at Menteri Besar Incorporated, Kedah. He was tasked to restructure and realigned the business activities of MBI Kedah and its various subsidiaries. He was also tasked to assist the Chief Minister’s Office with the state long term planning especially in spurring the economic activities and creating new industry to enable job creations.

After the General Election in May 2018, Mahadi was appointed as the Chief Executive Officer of Menteri Besar Incorporated (MBI) Kedah. With the new mandate and responsibility, Mahadi is committed to elevate Kedah’s economy and competency to a higher level by exporting the Kedah brand to the world. He played an important role together with Invest Kedah Berhad to secure FDI of RM11.5 billion in 2019, highest ever in the history of Kedah.

Mahadi is fluent in Malay, English and German. He is currently learning Mandarin and at the final stage of completing Professional Engineer (PE) registration with Board of Engineers Malaysia. 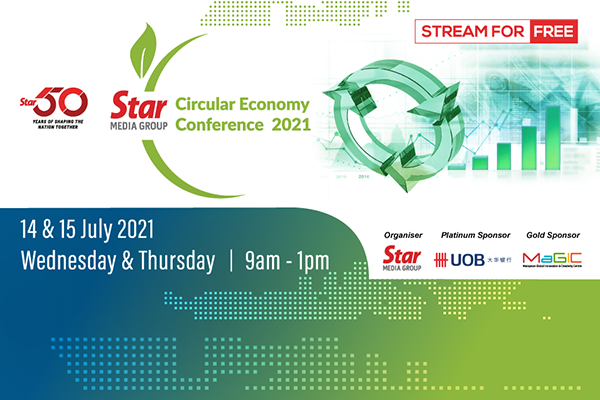 Circular Economy Conference 2021
A circular economy aims to redefine growth and focusing on positive society-wide benefits. It entails gradually decoupling economic activity from the consumption of finite resources, and designing waste out of the system. Underpinned by a transition to renewable energy sources,...
Past